I have been filled with a great passion for multimedia design in recent years. It continues to integrate with and enhance all genres of live performance including theatre, concerts, and industrial events. Projections Design is a fascinating artistic medium still at the forefront of its evolution, and to be involved and a witness to this time in its history is thrilling.

The utilization of this technology will only become more ubiquitous as prices continue to fall and more audiences become accustomed to its use in live events. It will take skilled artists and designers to ensure that this technology is used to its greatest storytelling potential, and is not relegated to unconvincing scenic dressing or flamboyant flash and trash. I hope to grow with this medium and to help deliver its fullest potential, as a collaborative effort to tell the story of the production.

The Little Mermaid - Beck Center for the Arts - November 2016

In lieu of exorbitant special effects, he relies on Adam Zeek’s animated projections and Jeff Herrmann’s lighting to expand and enhance Douglas Puskas attractive scenic design and to help differentiate sea from shore.

One would imagine some interesting conversations on the drive home, starting with what a delightful experience this Beck Center production delivered.

Beck Center, with the aid of Projection Designer, Adam Zeek, from the University of Cincinnati, and a very expensive new projection system, solved the water problem by adding water motion, fish, underwater plant images, and a realistic storm. The addition of undulating gossamer cloth, which created waves, added to the visual imagery.

CAPSULE JUDGEMENT: The Little Mermaid is a total delight and absolutely a must see for anyone who likes well-performed and conceived fantasy musicals. What a wonderful evening of theater for audiences of all ages.

It becomes apparent as you take your seat in the Beck Center for the Arts' Mackey Theater that nothing is being spared for this production of The Little Mermaid. The detailed and extensive set by David Puskas is overlaid with a sophisticated series of video projections designed by Adam Zeek that will make you feel like you are indeed under the sea.

As the show begins, the stage is filled with colorful costumed characters designed by Leon Dobkowski (provided by Music Theatre Wichita). As the various "creatures of the deep" begin to move as one in a dance sequence choreographed by Martin Cespedes, the magic is complete. Later on, in what seems a blink of an eye, the stage is turned into a fairyland castle complete with chandeliers, all through the magic of projection.

If you are looking for a break from the candy cane infused holiday fare but still want to see something suitable for a young family, this is the show to see. The lavish set, costumes, and video projections create a magical undersea world that, when combined with excellent voice and choreography, makes for a wonderful evening of solid entertainment. 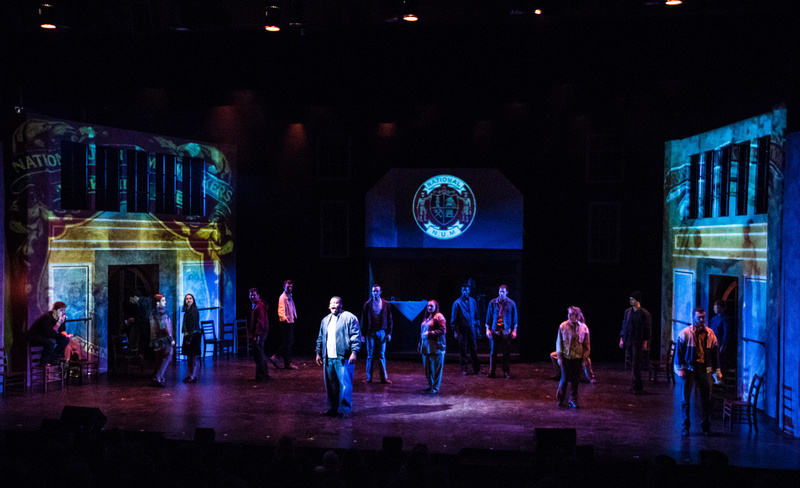 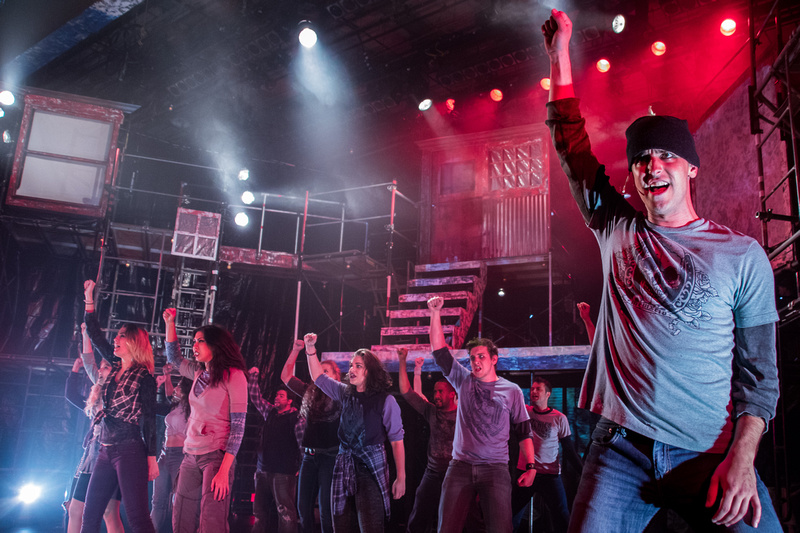 Spence masterfully captures the loss of innocence and hope that pervades this play, and his superb team of designers – Trad A Burns (scenic and lighting), Richard B. Ingraham (sound), Jenniver Sparano (costume) and Adam Zeek and Douglas Puskas (projection) – create an ideal space for it to happen. The urban decay on stage consists of a multi-tier framework of steel platforms and stairs that surround the otherwise open performance space. This, in turn, is surrounded by large video screens that display images that establish a sense of time, place and mindset.

As they sing the title song and click through endless TV channels in their respective man caves – prone on a futon in Mom's basement, encased in a battered couch and slumped in a chair – we see what they're seeing on five jumbo screens. 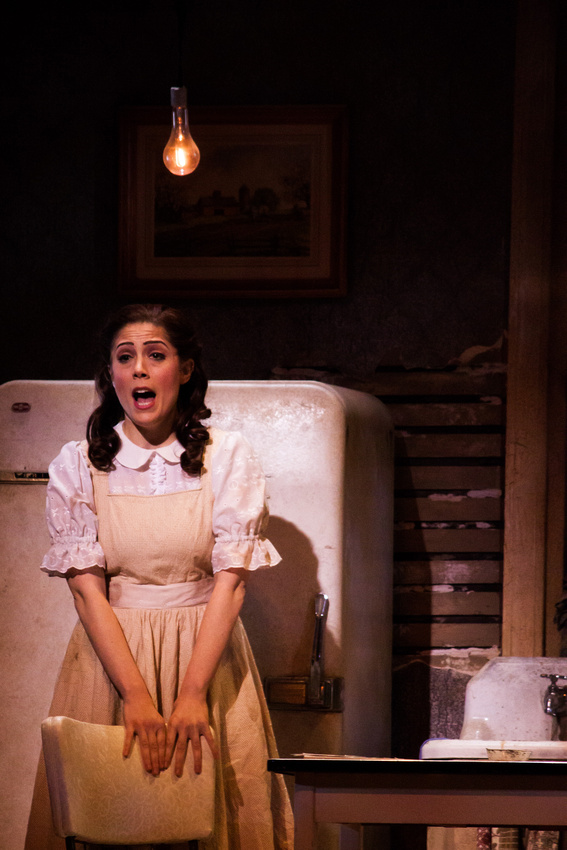